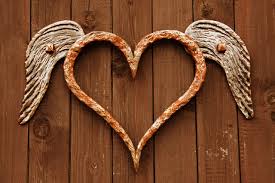 To look at me that sunny August morning, one would never have guessed that my heart was flailing arrhythmically within me. It flounced, trying its level best to maintain a beat. Internally I floundered like a cow on skates and try as I might, I could not get my brain to engage. When he wasn’t talking any more, I smiled my winsome smile, said, “Okay, have a nice day,” and  sashayed away like a peacock, my head held high in dignified poise.

It left me nauseous, my mind reeling for days afterwards. In the coming month, I can’t tell you how many people snapped their  fingers in my face and said, “Hallo, earth to Hannah!!”

I was a teenager hopelessly in love with Gage. I’d known him since I was a child and he’d gone off to attend a fancy boarding school hours away. I only saw him on the first Sunday of the month at church. He was ravishing, airing his finery like a supermodel. I swooned whenever I saw him. He was hands-down the most handsome creature I had ever beheld. To make things worse he was humble and fun and made a point to say hi and chit-chat whenever he was around. Did he know he was killing me?

The Monday after I saw him that July thirty years ago, I determined to write him a letter telling him how I felt about him. It was pages and pages long. The verse and prose poured out of me like sublime strands of silk from a spider’s spinneret, scintillating, captivating. I know not the source of the breath-taking lines I used. The balladry astounded even me. I said things like, “You are the raw ingredients for the perfect making of a man.”  Page, after page, after page. Then I mailed it.

How I prayed that the post office would lose that envelope. That July was the longest month in history yet August came all too soon. I vacillated between relief at having sent the letter and shuddering with dread that I had been so stupid. But it was too late. Everyday I wondered if he had received it yet. How many such letters did he get each month? The horror was unbearable.

And now I sat in the car stunned, wanting to die. He was home from school and had bee-lined for me. I’d smiled casually and said hi.

“I got your letter,’ he began with that grin.

My sympathetic nervous system kicked into full-throttle. By the time I got a grip on myself, he was done talking. Friends, I have no idea what he said. I couldn’t very well ask him to repeat everything he’d just said. So I wished him a nice day, turned around elegantly and walked away, a fraud. A very swank fraud.

(My ten year old thought I needed to end this with this line: And some how we are still friends to this day.)