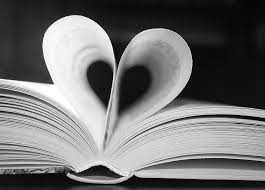 “How do you do it?” her new friend gasped incredulously. My kid sister Jackie was at a children’s birthday party and had just shared that she was a single mum.

She got this reaction almost every time.

This time an extraordinary sense of ownership welled inside her. “I do it just fine with the Lord.” She knew this wasn’t a fashionable statement but it slipped right out of her mouth before she could stop it. She felt strangely galvanized inside and her chest puffed out slightly.

Kayla was seven now. She was the hardest yet the best thing that had ever happened to Jackie. Kayla’s dad walked out on them when she was about two. To be honest, Jackie can’t imagine what life would be like with him around. My heart warms every time I observe these two for any length of time and I marvel at what a fool he was to have walked out on this.

I love the amazing and simple life they’ve created for themselves. Jackie works a few days a week as a therapist. She walks Kayla to school in the mornings and they chat about wanting a cat, the naughty boys at school, anxiety about going to the doctor for shots, and everything in between.

Especially earlier on, Jackie’s life was peppered with regrets wishing life had played out differently. She’d known all along he wasn’t great marriage material but had mercurial hopes of some future together. News of Kayla’s very presence in the universe had rocked Jackie’s world and filled her with dread. This was not her plan. She could terminate the pregnancy and continue her life like nothing had ever happened. No one would ever need to know.

I distinctly remember her phone call to me shortly after she found out. I was crestfallen and lost for words to respond to her announcement. We had an unspoken pact that we’d save ourselves for marriage. I couldn’t imagine the angst this was causing her. She was the youngest of  seven siblings and with humility, boldness, and dignity, she called every member of our family to tell them. She called her pastor and told him. She went before her church and told them. She was embraced with the associated grief and swallowed up with love and acceptance. She was overwhelmed with the love of God’s family. I couldn’t have been more proud of her, worlds away. It tore me up that I couldn’t even hug her or hold her beautiful face.

I ate up pictures she sent of herself as her bump progressed. She was gorgeous. And afraid. And sad. And excited. And oh, so remorseful. This was not what she wanted…

The first year was a blur. She had a horrendous birthing experience. Then Kayla had to go to her dad’s house for visits every other weekend. How Jackie dreaded that. She sent her off with instructions to him. And clothes. And food. “Here’s some pain medicine, she’s teething so she needs it every 3 hours. And don’t forget to use the barrier cream. She had a terrible rash last time.”

He was a man of very few words but was he even listening? She paced her house the whole time her baby was gone. She cried herself to sleep and awoke ten times before morning dawned. Why wasn’t he answering his phone? Was he with his drinking buddies again? She was ready to pull her hair.

Jackie would sob with relief when they finally got back. She kissed her chubby cheeks with a million teary kisses and held her close, thinking her heart would burst. She hated that, subconsciously, she would start the dreaded countdown till Kayla would leave again. Within a few months Kayla would actually cry for him when he dropped her off. Jackie didn’t know what to do with that. Fortunately, she was easy to redirect. Still, with consternation, she would open the diaper bag and find that things she’d carefully packed away and given instructions on, were untouched. It made her want to shake him.

And then one day he fell off the face of the earth. No call, no words, no goodbye. She heard that he had left the country and wasn’t coming back. She wanted to dance with glee. Then a new grief hit her: the loss of a dream. That can strangle one as mercilessly as the death of a loved one.

She ploughed through the banal experience of child-raising. It was peppered with constant reminders that she was alone. There were more blatant aspects like buying a piece of property and building a home: every signing appointment, every minute detail regarding the home – from qualifying for a loan to choosing counter tops, roofing, doorknobs, lighting, flooring. It would have been so helpful to have someone to run decisions by.

They talked about him now and again. Kayla asked where he was and when he’d be coming back. She asked if it was anything she had done. She wondered if he thought of them. “Will I be the only girl in the world without a daddy?” She would sob and disconsolately throw herself on her bed. Jackie answered her questions gently, thoughtfully, honestly.

She perpetually found herself having to explain, in one circle or another, that he wasn’t in the picture. Always, an awkward silence ensued along with an attempt on her part or the other person’s to recover some semblance of dignity.

Jackie snapped back to attention as the herd of screaming party goers stampeded into the room to open presents and sing Happy Birthday. She smiled through the whole affair as, almost beholding on a screen, she reviewed how good God had been to her despite immense hardships. He had seen her through. And that beautifully!

He HAD met her every need. He had helped her overcome the poignancy of her wants that He didn’t fulfill. He had housed them, healed them, provided for them. He had protected them, comforted them, delighted them. God had done more than Kayla’s dad could ever have done had he stayed in the picture. Of course she longed for a physical consort, a life partner. Someone to laugh with and encourage her. Someone to help her discipline and train this handful of a child.

But she solidly learned that she had all that and more. All her fountains were in Him, Psalm 87:7. He was a fountain of constant cleansing; a fountain of refreshment that slaked her every thirst; He astounded her when He thundered like the Niagara with power in her life; He delighted her when He filled her and her daughter with levity and delight in life.

She determined that she would raise her daughter to know that she had a Father who loved her more than anything. She had an identity and a family. She was whole and lovable, incredibly made, wanted and chosen before she was delicately knit together in her mother’s womb. She was pursued and desired, cared for, and delighted in just as she is.