I posit that God gives us experiences to develop skills that we will need in heaven. Heaven will not be a place of dull, endless lounging. There will be industry, science, technology, the arts and so much more that will occupy us. It will be Eden redeemed. So, while here we learn and hone skills that will translate there. Through our tasks, our trials, and our victories, we are to develop a heart that seeks after God. Read through these visceral verses and this concept will come together at the end.

49 He unleashed against them his hot anger, his wrath, indignation and hostility— a band of destroying angels.

50 He prepared a path for his anger; he did not spare them from death but gave them over to the plague.

51 He struck down all the firstborn of Egypt, the firstfruits of manhood in the tents of Ham.

God knows how to preserve the unrighteous for the day of destruction, 2 Pe. 2:9. Jesus, the judge will say to them, “away from me, all you evildoers,” Mt. 7:23. Indeed, “When the wicked sprouted up like grass and all who did iniquity flourished it was only that they might be destroyed forever more,” Ps. 92:7.

52 But he brought his people out like a flock; he led them like sheep through the wilderness.

53 He guided them safely, so they were unafraid; but the sea engulfed their enemies.

54 And so he brought them to the border of his holy land, to the hill country his right hand had taken.

55 He drove out nations before them and allotted their lands to them as an inheritance;

he settled the tribes of Israel in their homes.

He deals terribly with his enemies yet tenderly with his beloved, in the same breath. “For the power of the wicked will be broken, but the Lord upholds the righteous. The blameless spend their days under the Lord’s care, and their inheritance will endure forever. In times of disaster they will not wither; in days of famine they will enjoy plenty. But the wicked will perish: Though the Lord’s enemies are like the flowers of the field, they will be consumed, they will go up in smoke.” Ps. 37: 17-20.

Your circumstances do no dictate your plight. The current predicament may not touch you. His favor is a shield around you. He is your glory and the lifter of your head, Ps. 3:3. “You will not fear the terror of night, nor the arrow that flies by day, nor the pestilence that stalks in the darkness, nor the plague that destroys at midday. A thousand may fall at your side, ten thousand at your right hand, but it will not come near you. You will only observe with your eyes and see the punishment of the wicked.

If you say, “The Lord is my refuge,” and you make the Most High your dwelling, no harm will overtake you, no disaster will come near your tent,” Ps. 91:5-10. Stand on these promises, beloved!

In times of disaster they will not wither; in days of famine they will enjoy plenty.

56 But they put God to the test and rebelled against the Most High; they did not keep his statutes.

57 Like their ancestors they were disloyal and faithless, as unreliable as a faulty bow.

The Israelites were as a bow in God’s hand. Being a mighty warrior, a bow in his hands would be a formidable weapon. It is a simple tool but must be crafted precisely. It has only one purpose – to kill or disable its target. This is for protection or for provision. Israel proved to be a faulty bow. Commentator Guzik quotes Maclaren, “As such a weapon does not shoot true… however well aimed and strongly drawn, so Israel foiled all Divine attempts, and failed to carry God’s message to the world, or to fulfil His will in themselves.”

You are a weapon in God’s hands. What is your singular purpose? How are you doing in fulfilling that purpose? What damage are you doing to the enemy? What are you providing for the kingdom of God? Please do not gloss over this. Ask Holy Spirit to help you enumerate that.

58 They angered him with their high places; they aroused his jealousy with their idols.

59 When God heard them, he was furious; he rejected Israel completely.

60 He abandoned the tabernacle of Shiloh, the tent he had set up among humans.

61 He sent the ark of his might into captivity, his splendor into the hands of the enemy.

62 He gave his people over to the sword; he was furious with his inheritance.

64 their priests were put to the sword, and their widows could not weep.

65 Then the Lord awoke as from sleep, as a warrior wakes from the stupor of wine.

66 And he smote his enemies in the hinder parts [with the disease of the emerods or hemorrhoids] : he put them to a perpetual reproach.

67 Then he rejected the tents of Joseph, he did not choose the tribe of Ephraim;

68 but he chose the tribe of Judah, Mount Zion, which he loved. 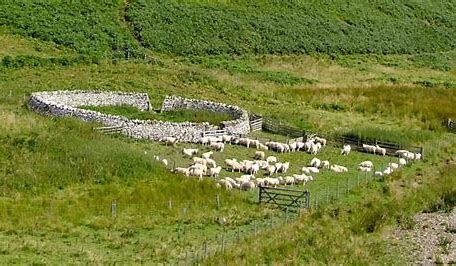 DO NOT DESPISE THE SHEEP PENS

70 He chose David his servant and took him from the sheep pens;

71 from tending the sheep he brought him to be the shepherd of his people Jacob, of Israel his inheritance.

72 And David shepherded them with integrity of heart;  with skillful hands he led them.

God hand-picked David to lead the nation of Israel. David did so with integrity of heart [soul], and with skillful hands. That was the definition we learned of prudence. Be faithful in the sheep pens, beloved. The difficulty and the discipline required of you therein is manure for your kingdom work. Be faithful in your work, whatever it is, however stinky it is or deplorable to other people. Make it your heart’s work – throw your will, your intellect, and your emotions into it.

Commentator Guzik says, “In some ways Jerusalem was an unlikely choice to be the center of Israel. In the same pattern, David – the humble shepherd boy following the ewes that had young – was God’s choice to shepherd Jacob His people and Israel His inheritance.” Likewise you and I are very unlikely choices for God’s list of righteous, loved, cherished, favored, delighted in, or chosen. In his incomprehensible love for you, he has smiled upon you, accepted Jesus Christ’s sacrificial offering on your behalf, transferred your guilt to Christ and his righteousness to you!