I remember when I turned 8, a long time ago.

I didn’t say much to adults.  I learned not to attract attention and to try and stay out of their way. Children weren’t supposed to say much. I was a wee little thing, the smallest in my class. I loved my friends and school and laughed a lot. They called me fun-size!

At the Four Corners that marked the halfway point of my long walk home after school was an open air market. Women spread out their  lesos on the red dirt and laid their wares on them, mostly succulent tropical fruit.

I carried a huge orange backpack that my brother Mick had given me and wore braces on my teeth. People stared at me and shameless women would say, “Look at that minikin with a massive bag and wires in her teeth.” One loud woman said it every day! She was enormous and wore a dirty wrinkled headscarf to contain and hide her lumpy unkempt hair, which stuck out the edges as though it was trying to run away from her.  Who could blame it? She chewed on sugar cane and loudly slurped its sweet juice. She stared at me unabashedly and unintelligently, the way a black cow stares vacantly at passers by beyond a fence as she chews the cud.

I would never buy sugar cane from her. Not this minikin! Her space was dirty and unkempt like her hair. She spit her dry sugar cane fibers right on the ground and the ants had a party. With the shilling that mum had given me that morning, I would buy a mango from the lady two lesos down . If Jane Munio walked home with me, we would stop at Mrs. Kimana’s grocery shop and buy a strawberry sweet to suck on the rest of the way home. We would lick our dry lips with the delicious syrup and slurp our sweet at the annoying lady.

“Greet you mother for me,” Mrs. Kimana would say with a warm smile when I stepped up to the worn concrete step, gawking and salivating at the row of pretty sweets in large glass jars. I stood on tippy-toe and streeeetched to hand her my shilling when I made my choice.  She always gave me an extra sweet. A cheap one with no wrapping on it. I would eat that one first. Sometimes she’d say, “That’s a very big rucksack for a small girl.” I’d smile and cover my mouth in a futile attempt to hide my braces, that were as discreet as I had the orange backpack in my mouth. She never said I had wires in my teeth. I seldom remembered to greet  mum and Mrs. Kimana would chide me gently when she came to visit mum and learned I didn’t deliver her greetings.

Sometimes it would rain hard and Mrs. Kimana would let us shelter under the canopy at her shop. The monsoon rain only dumped for a few minutes at a time. Like a sudden plague of frogs, people would scamper in all directions, jumping over puddles that formed in the potholes in the street. Stylish women strutting down the road one minute, set aside all dignity at the first raindrop and scurried as if for their lives to find cover so their hair didn’t get wet. Some even took off their tight high heels, grabbed their skirts, and ran to join the crowd under a tree or Mrs. Kimana’s cover. I weasled my way to the back of the crowd to make room, though I didn’t occupy much, and to avoid statements like, “If that little girl didn’t have such a big bag we could fit two more people here.”

Jane and I would looked at each with glee as we relished our sweets. Sometimes we took them out of our mouths and held them in our hands in joyful disbelief at their intense goodness. Such goodness as had to be tasted AND seen. We showed them to each other in wonder and studied each others. Sometimes we looked at each other knowingly, wide-eyed, and without words, traded the sticky mess in our dirty palms. More wide-eyed our jaws dropped at the intoxicating blend of flavors. We finished off the sacred ritual by licking the remaining syrup on our hands. That. was. amazing!

When the rain abated, we would thank Mrs. Kimana and attempt, unsuccessfully, to walk  lightly on the red mud and not get it all over our light blue and white checkered school uniform. Little rivulets would flow and we hopped over those and the puddles, giggling delightedly. I still remember the fresh smell of the charged air. Sometimes thunder would roll in the distance and Jane and I would scream and bolt when the loud lightning cracked.

We held sticky hands and crossed the busy road then unconsciously slowed our pace and stopped. We leered curiously at Mr. Washington’s property. At the front was a small butchery. The butcher hacked away expertly at the carcass that hung from the hook in the rafters, his long sharp machete  glistening like the lightning, and flashing back and forth as fast. His torn white coat was covered in black and red blood stains and he didn’t bother to shoo the flies feasting on the goat meat in the afternoon heat. The sticky tape on the ceiling was dotted with mostly dead flies, like raisins. Some were still buzzing, determined to get away from the trap if they had to leave their six legs on it.  He held a thin home-made cigarette in his mouth and sang loudly through the side of his mouth, like Popeye, accompanying music from a static-y bright green radio behind the counter.

Beyond the butchery was our real object of interest. Loud rhythmic music was coming from a bar. It was a large, dimly lit room from which the odious stench of stale beer emanated. It was a smell we knew was putrid but couldn’t help raising our noses to get a small whiff of. It was horrid, just like the day before. It was helped only by the waft of roasting goat meat.

We leaned in and saw people in various stages of drunkenness and ogled at what they were doing. We stretched our necks wondering who we might recognize. We were especially entranced with drunk women. Patrons staggered about, their eyes at half mast. We thought it was so funny to watch their bobble-heads lolling sluggishly over their limp bodies, their eyes tracking four seconds behind as they ordered yet another Tusker. Their speech slurred and incomprehensible like they had rocks in their mouth.

We lived to see a drunk person staggering out of the building and maybe falling. Or to hear one attempt to give a speech, their wagging forefinger pontificating in slow motion. This was to punctuate a very important point which they surprisingly forgot partway through their discourse. They stood in a stupor, leaning too far to one side and swaying dangerously,  hoping the important point would come back to them. It never did. “Anyway,” they would say, their heavy head suddenly jolting forward, opening their eyes very wide and staring at their hand that was still in the air, as though wondering what it was doing up there.

“What are you looking at?” the butcher would shatter our shenanigans, scaring us out of our skins. We screamed like little school girls and ran, scared silly, as though all the drunks were chasing us, and I would think, “I really need a smaller bag.”

I wonder what kind of mischief you’ll get into on your short walk home, Miki. Eight is a wonderful age. Cherish your friends.

I love you dearly,

In memory of my precious bosom buddy Jane Muniu who died too young. I thank God for your sweet short life. 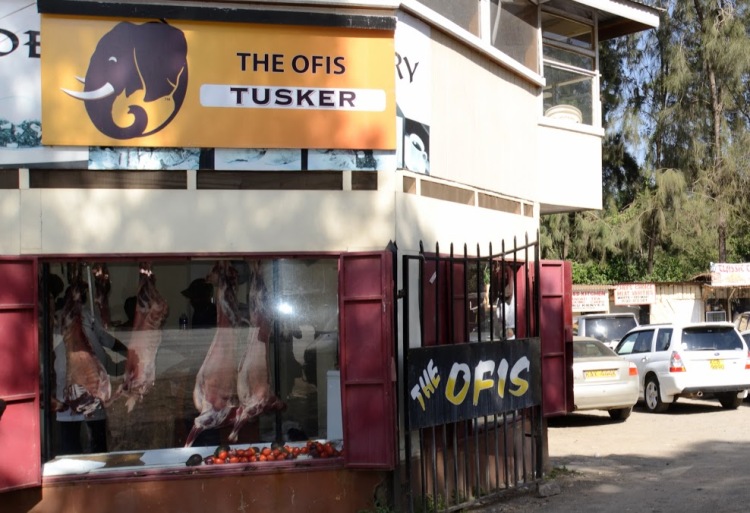 5 thoughts on “A letter to Miki”